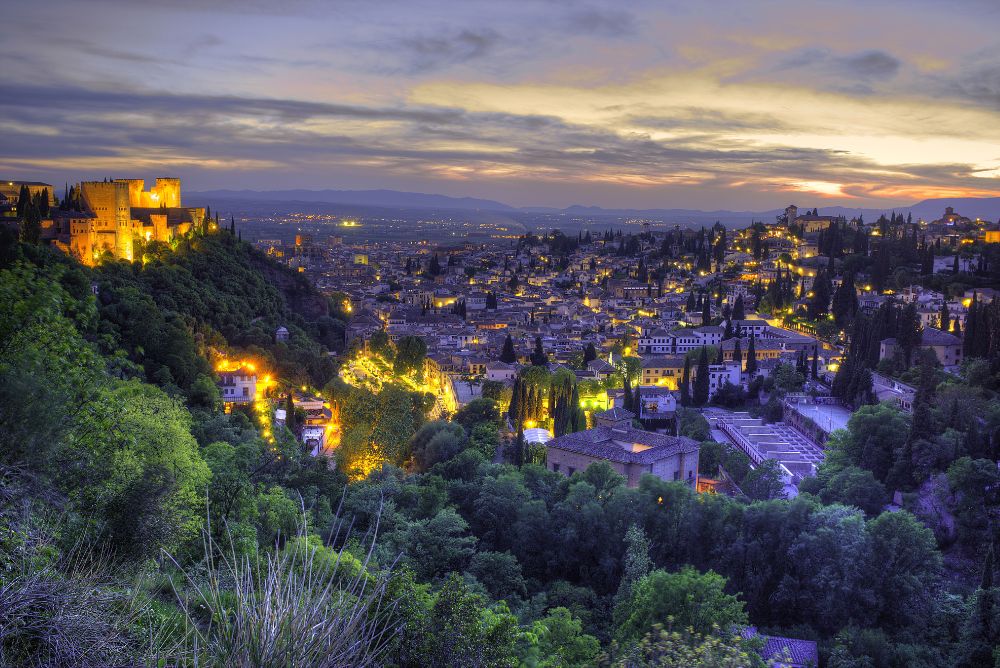 Travel to Spain via train on your outbound journey and experience authentic Spain for 7 nights!

Discover beautiful Granada, stay in one of the famous white villages of Andalusia and explore one of Spain’s greatest national parks on this 7 night trip from just £1,209pp!

Price includes rail travel to Spain, a hire car, 4* hotel accommodation, ATOL protection, and a free £120 donation to the charity of your choice!

Outbound rail travel to Spain included, return rail travel/flights can be easily added by our travel experts along with an extension of your stay if you would like to extend your stay.

On this trip, you’ll be able to explore beautiful Spain on an eco-friendly trip with Eurostar connections direct to Spain, the opportunity to explore the incredible city of Granada known for the famed Alhambra palace and experience the stunning natural beauty of the UNESCO-listed Parque Natural de las Sierras Subbéticas. Discover the very best of off-the-beaten-track Spain on this trip and support an incredible charity of your choice with your free 5% donation when you book with Charitable Travel!

Accommodation: One night at the 4* Eurostars Monumental Hotel.

You’ll travel from Barcelona to Granada via one of the high-speed AVE trains which travel at 193 miles per hour which will be your base for the next 3 nights.

Granada is one of the most famous cities in Spain. With a population approaching half a million, the city lies in the foothills of the Sierra Nevada. It is set at 738 metres above sea level, one hour by car to the Mediterranean coast and just under an hour to the Sierra Nevada Ski Station at 2,100 to 3,300 metres above sea level. It is, of course, for the Alhambra that Granada is known. The Moorish citadel, garden and palace complex are the most renowned Andalusian, Islamic buildings in the world. The Alhambra represented the zenith in Nasrid art of the 13th and 14th centuries. Founded in Roman times, it was the Umayyad conquest of Spain dating from 711 AD which was to create Granada and set the scene to make it one of the most important cities in the south of Spain (Al-Andalus).

From 711 AD until the final surrender of the Muslim rulers in 1492, Granada flourished and grew. Like many forward-looking liberal cities, Granada had Arab, Berber, Christian and Jewish quarters and all lived in relative harmony. The Alhambra was a fortress, citadel, palace and fabulous gardens (Generalife) where the Muslim rulers could get away from the stresses of life. Charles V, the Holy Roman Emperor added a palace in 1527. There are Christian monuments too in the city. The Renaissance Cathedral was built on the site of the Nasrid Mosque of Granada. Then there is the Royal Chapel, the Albayzin neighbourhood with narrow, labyrinthine streets, the picturesque Sacromonte neighbourhood and the charterhouse monastery. Winters in Granada are generally cool and wet and the summers are hot and dry, with temperatures sometimes reaching 34°C. Granada is rarely quiet and uncrowded but there is so much to do and see and it is never boring.

For the next 3 nights, you’ll stay at the 4* Villa Oniria Hotel. The Villa Oniria was originally a 19th-century nobleman’s palace with 31 designer rooms, set at the edge of the old town, a 12-minute walk from the cathedral and 20 minutes from the Alhambra.

It would be a shame if your trip did not include one of the most beautiful and unknown regions of Andalusia – The Subbetica. On day five, collect a car from the downtown office in Granada and drive to Zuheros, one of the famous white villages of Andalusia to stay at the delightful 4* Hotel Rural Zuhayra. The drive, through a delightful olive grove landscape, takes 1.5 hours and while en route you should make a point of stopping at the spectacular village of Montefrio. Hotel Zuhayra is perfectly located just a 4 minute walk from Zuheros Castle. It is a charming hotel with 18 rooms and a great atmosphere, very friendly staff, an excellent restaurant and is passionately managed by the owner Juan Carlos. Set within the Natural Park and Geopark Sierras Subbeticas, this is an ideal spot in which to relax and enjoy the countryside as well as discover the local traditions and customs of a typical small Andalusian village. Priego de Cordoba, the rural capital of Subbetica with its baroque architecture is a 35 minute drive away and Córdoba is only 75 km away.

On the final day of your trip, you can choose to extend your stay, return via train from Granada or arrange a return flight to your local airport in the UK by driving to Malaga and leaving your hire car at the airport. Our travel experts will be more than happy to assist you with whichever option you choose.

This luxurious 4* hotel is ideally located close by the stunning Sagrada Familia making it easy to pop out for an evening stroll once you arrive in Barcelona. This unmissable artefact is a must-visit during your visit. Construction on the site has been ongoing since the 1880s and isn’t projected to be finished until 2026. Your hotel is sleek, modern and comfortable with an art style which is influenced by Gaudí’s iconic style. You’re sure to enjoy your brief but pleasant stay at this excellent hotel.

Everyone needs a place to lay their weary head. For travellers visiting Granada, Villa Oniria is an excellent choice for rest and rejuvenation. Well-known for its boutique environment and proximity to great restaurants and attractions, Villa Oniria makes it easy to enjoy the best of Granada. Rooms at Villa Oniria Hotel provide a flat-screen TV, a minibar, and air conditioning, and guests can stay connected with free wifi.

In addition, while staying at Villa Oniria Hotel guests have access to 24 hour front desk, a concierge, and room service. You can also enjoy a hot tub and a lounge. Need a place to park? Parking is available at Villa Oniria. Given the close proximity of popular landmarks, such as the Cathedral and Royal Chapel of Granada (0.4 mi) and Escuela Delengua (0.5 mi), guests of Villa Oniria can easily experience some of Granada’s most well-known attractions.

Hotel Rural Zuhayra is an excellent choice for travellers visiting Zuheros, offering a family-friendly environment alongside many helpful amenities designed to enhance your stay. Free wifi is offered to guests, and rooms at Hotel Rural Zuhayra offer a flat-screen TV and air conditioning. During your stay, take advantage of some of the amenities offered, including a 24-hour front desk, a concierge, and outdoor furniture. Guests of Hotel Rural Zuhayra are also welcome to enjoy an outdoor pool and free breakfast, located on-site. For travellers arriving by car, street parking is available.

While you’re here, be sure to check out some of the Mediterranean restaurants, including Restaurante Zuhayra, Asador Los Palancos, and Meson Atalaya, all of which are a short distance from Hotel Rural Zuhayra.

Price correct as of 11Jan23

Room Only
Board Basis Options Other options may be available - call us for more information!
Outbound rail travel to Spain included, return rail travel/flights can be easily added by our travel experts
Hire car
One night 4* B&B stay at Eurostars Monumental Hotel
Three nights stay at the 4* Villa Oniria Hotel in Granada
Three nights stay at the 4* Hotel Rural Zuhayra
ATOL protection
A free £120 donation to the charity of your choice

Previous
Next
Prices are per person (unless stated otherwise). Prices are not live and are subject to change at any time. Where applicable prices include any advertised discounts. Holidays are subject to availability and tour operator/supplier’s booking conditions apply. Offers can be changed or withdrawn without notice. The latest price/availability and operator details will be confirmed at the time of inquiry – ask for more information. The donation amount is calculated at the final sale and as such may not reflect the figure shown here. A minimum 5% donation is required to receive a maximum 5% discount.

Not the perfect deal for you?

Get in touch with one of our expert travel agents who can help you plan your dream escape! 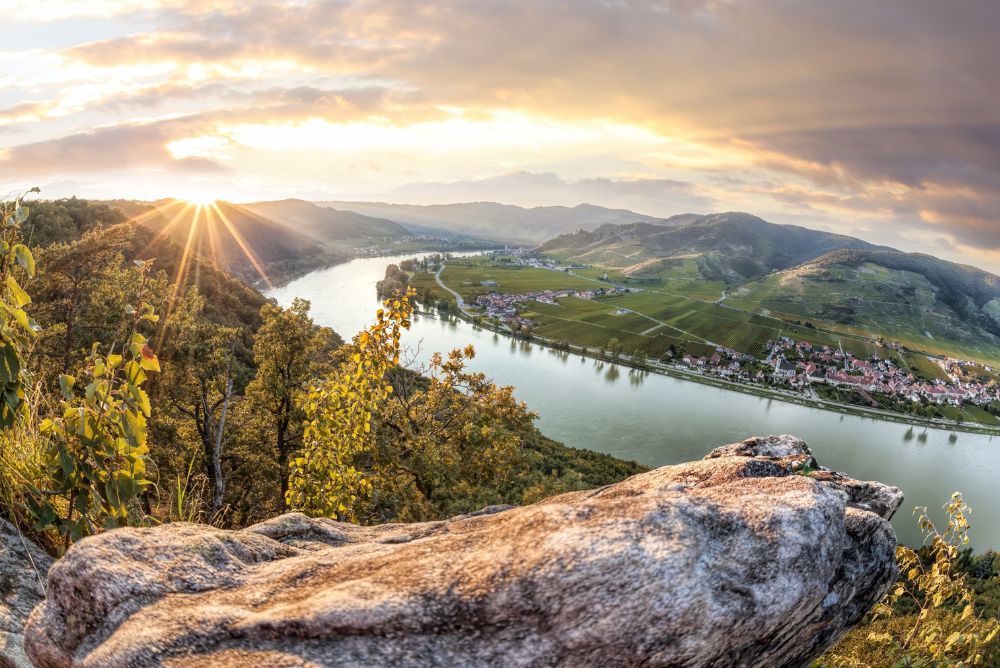 NEW for 2023: Set yourself the ultimate running goal in 2023 and achieve it with personalised coaching from the UK’s leading running coach and inspirational speaker Rory Coleman. Run ten kilometres a day over five unforgettable days, through the spectacular natural landscapes and beautiful cities of the Danube, totalling 50 kilometres of new discoveries, new friends and new feelings of remarkable personal achievement. This incredible challenge is open to everyone, all you need is determination and commitment. The reward will be all yours.